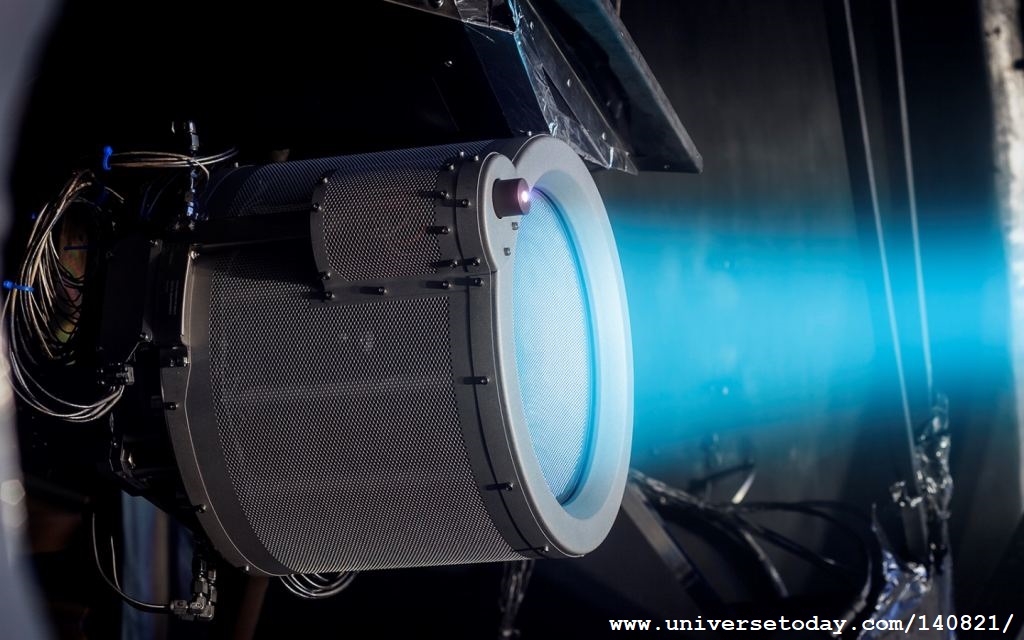 The inquisitive mind of mankind permitted spaceflight to grow in the last century and exponentiate in recent years. Thanks to the technologies that drive this rapid deployment of spacecrafts. Statistics show that the year 2020 had seen a record breaking 114 launches which placed over 1000 satellites in orbit. This number increased further in 2021 –  in a  span of 9 months over 1600 satellites were launched.

Launching satellites to orbit is arduous. Maintaining their orbits throughout their lifetime to accomplish their mission is a tough problem, as well. Gravitational effects combined with possible aero-drag can deorbit satellites.

Small orbital thrusters keep the satellites in their desired track by firing periodically to account for gradual changes in orbit, an effect known as orbital decay. With an ever-growing number of satellites orbiting with tight tolerances, maintaining precise orbits and controlled deorbiting upon reaching end-of-life is also critical.

Chemical thrusters eject byproducts at a large mass flow rate but at a relatively low velocity. Powerful thrusters are fed by large fuel tanks during the initial stages of space flight to reach orbit. These thrusters have low specific impulse.

While xenon-based ion thrusters are great alternatives to chemical thrusters, operational cost is high due to the rarity of xenon. Novel propellants such as water, krypton, bismuth, are being researched. Costly experiments are being conducted worldwide to study these novel propellants. In this blog we explore the possibility of iodine as an alternative. Main advantages of using iodine are: larger ionization cross-section compared to xenon and a small volumetric footprint for storing iodine as it is solid under standard temperature and pressure.

Prototyping ion thrusters for experimentation and iterative design is time consuming and difficult which are associated with large expenses. Replicating operating conditions of these thrusters in laboratories is difficult. Therefore, researchers often rely on numerical models to optimize their designs. Modelling of ion thrusters is a multiple physics problem which encompasses a broad spectrum of physics. Fluid dynamics, reactive flow, plasma, electromagnetics, surface physics have to be accounted for to model ion thrusters at highest fidelity. Coupling between these individual physics is not straightforward in many cases. As a result, approximations have to be made to simplify the mathematics. Such reduced models may not always represent the behavior of ion thrusters. In fact, the literature pertaining to simplified computational studies of ion thrusters is scarce.

VizGlow™ – a non-equilibrium plasma solver that is fully coupled, self-consistent, and allows accurate numerical simulation of plasma thrusters. VizGlow™ allows coupling of multispecies chemically reactive plasma dynamics with Maxwell’s equation for the electromagnetic waves. Our tool also supports hybrid models that combine traditional Navier-Stokes (CFD) equations and particle-in-cell (PIC). This, for example, can be used to describe the behavior of ejected plasma plume into vacuum.

Our team at Esgee Tech along with collaborators have simulated an ion thruster that utilizes iodine.

Here the computational domain consists of a 6 cm x 10 cm plasma chamber within which iodine plasma is generated by a four-turn metal coil antenna that is driven at 13.56 MHz and deposits a power of 100 W. A dielectric quartz layer interfaces between the coil antenna and the plasma chamber. A comparison of the plasma properties at two different pressures, 1.0 Pa and 2.5 Pa is performed in this study.

The simulation has captured non-equilibrium effects such as disparate electron and heavy particle temperatures. We also resolved electrostatic sheaths. The electrostatic Joule heating is negligible compared to the wave power deposited into the plasma. The dielectric quartz wall attains a potential to balance the flux of positive and negative species.

Results from VizGlow™ indicate that for both pressures, almost all of the molecular iodine dissociates into I+ ions which dominate the mixture. The concentration of molecular iodine ion, i.e., I2+ is about one order of magnitude smaller than that of the dominant singly-ionized atomic iodine.

An interesting feature that VizGlow™ captured is the presence of vortex-like structures surrounding the plasma bulk. This effect is a result of transport of electron and anion species in the electronegative plasma.

VizGlow™ is constantly evolving with new features, a growing database of chemistries, fast and accurate solvers. One can perform trade studies to understand the effects of chamber pressure and temperature. Future work in this area could also focus on the reactivity of iodine with the surface of the thruster and spacecraft to estimate the lifetime of the thrusters.

VizGlow™ can simulate actual designs of ion thrusters that are meant to propel next generation efficient spacecraft and expand the horizon of understanding of the cosmos.

You are interested in this, aren’t you? Send an email to info@esgeetech.com to receive a copy of our colleague’s work!

You have reached the end of this blog, but don’t worry. There are several topics which are of your interest! Email us and follow us at LinkedIn to keep up with our latest posts surrounding numerical plasma physics models.